Rounding out our month-long feature on strong women is US Olympic Weightlifter, Cheryl Haworth.  I will attempt to list all the ways in which Cheryl qualifies as strong, but it might be easier to start with the fact that there is literally a movie about her aptly named “Strong!”.  Cheryl was one of just four Americans to compete in the debut of women’s weightlifting at the 2000 Olympic Games in Sydney at the age of 17, where she earned a bronze medal.  She is a World Record Holder, 3-time Olympian, the 2001 and 2002 Junior World Champion, 1998-2008 Senior National Champion, and the 1999 Pan-Am Games Champion, just to name a few of her many accomplishments.  In 2015, she was inducted into the USA Weightlifting Hall of Fame at the IWF World Weightlifting Championships in Houston, TX.  When she’s not running Haworth Weightlifting Barbell Club in Buckhead, GA, she is often seen (and heard) as a sports commentator at weightlifting meets throughout the country.

One thing you might not know about Cheryl?  Not only is she an accomplished artist in her own right (she has a degree in Historical Preservation from the Savannah College of Art and Design!), but she is also a big fan of classical music!  Luckily for us, she was willing to share some of her thoughts on music, competitive mindset, and life!

How did you discover classical music and learn to appreciate it?

CH:  First of all, THANK YOU for allowing me to participate in honor of Women’s History Month!  My parents encouraged all of their children to do and try everything growing up.  Not only did this include athletics, but artistic pursuits as well, such as playing the piano, violin, and providing the materials to paint and draw.  Though I was somewhat musically inclined, my older sister, Beth, was much better at the practicing part!  As the years went by, she got quite good at the trumpet, often playing first chair in various ensembles, and my family and I watched her play many times.  I think watching her perform throughout her college career, when the pieces of music were allowed to be a bit more complex, was when I really began to enjoy classical music.  I remember during this time beginning to truly appreciate how difficult, emotional, and delicately precise the whole thing really was.

How do you like to interact with classical music?

CH:  I welcome classical music into many areas of my life, most specifically, I really like it when I travel.  There are times when travel (airplane travel in particular) can get somewhat busy for me and cutting down on the stress inflicted by the crowds, security checkpoints, and taxi rides is a priority for me!  Here’s what I do: when I arrive on the plane and get comfy, my first order of business is to look through the plane’s selection of classical music, create a lengthy playlist, and zone out.  I typically try to get a wide variety of composers and instruments to keep it fresh and help me to broaden my exposure.  I’m also really into this Cistercian chant album right now that I’ve been listening to, which also helps me relax.  Not all my selections are old-school and low-key though.  I’ve had some pre-workout moments with some particularly motivating John Williams pieces (Summon the Heroes, anyone?) that would get any athlete fired up!

What was the last classical music concert you attended?

CH:  It was a lovely concert in Hong Kong, during which I had the honor to see an even lovelier friend play the French horn with the Hong Kong Philharmonic for Wagner’s [opera] Die Walküre!  It was a wonderful experience and one of my fondest memories!  I think it’s always a good idea to support the local arts wherever your travels take you, and it was so satisfying to be able to support a dear friend’s artistic passion.

Are there any similarities you can draw between classical music and weightlifting?

CH:  There are tremendous similarities in both the physical and emotional aspects of being an artist and being an athlete.  At high levels of performance, it’s about keeping your emotions in check and releasing them in a measured way through practice and repetition.  You have to be self-aware and connected to your body, and to know yourself better than you thought you ever could.  It’s also about challenging yourself and what you believed you were capable of, then pushing those boundaries.  You’ll always have that illusive element, however.  That special something that doesn’t come with just going through the motions.  Being an artist and becoming a champion are the same in that it’s much greater than the sum of its parts, and that nebulous “something” we can watch happen when someone great takes the stage, is so charming that it will always be a part of our lives as humans.  Or at least I hope so.  I think that’s the greatest similarity between the two.

What is your favorite track on our Music for Empowerment playlist and why?

CH:  First of all, that was a dirty trick putting the Die Walküre as the first track on the playlist!  It literally took me SO LONG before I was able to make it past that one to the next piece!  My arms also got quite tired from conducting my imaginary orchestra, so thanks for that.  In all seriousness, when I look back at all the tracks as a whole, even though the first one was so powerful, the others stood up to it really well.  There weren’t a lot of tracks that were forgettable, so you really curated them very well.  For example, it’s super hard to listen to Carmina Burana ‘O Fortuna’ and not feel the urgency that I can only imagine is how it feels to be stalked in the jungle by a jaguar.  I have to say that I really enjoyed all the music by the Russian composers (and there were lots!).  I’ve always known I enjoy the more popular composers that most of us are familiar with; Tchaikovsky for example, but I never realized that I like the repetition and simple melodies many of them seem to share as a group.  They’re cold and mechanical, but so powerful and energetic.  Reinhold Glière’s The Red Poppy: Russian Sailors Dance (which, until now I don’t think I’d ever heard) made me feel like that euphoric moment you have right before you realize, yes, that was three too many shots of espresso!  I had a great time listening to this playlist in its entirety and I can promise you that some, if not all, of these will make it onto my normal gym playlist.  Definitely!

LISTEN TO MUSIC FOR EMPOWERMENT

How do you think hobbies or careers like athletics and music can be empowering for young girls?

CH:  I think exposure to the arts and sports go hand in hand for our young girls and boys, and can only help us better understand one another.  Music especially has the unique power to level the playing field and demonstrate that our talents are not necessarily linked to how big or small we are, or what gender.  We are often told (females and under-represented populations alike) that our value is tied up in where we’re from and what we look like.  An instrument can change that, whether a barbell or a violin bow.  They’re both good ways to make a lot of noise, at least.  I’ve always enjoyed the universal qualities of sport and music, and what that can mean for youth.  I compete in a sport that is represented by almost every nation on earth.  That was my opportunity to see and do so many different things while speaking the same language.  The language that we all share is weightlifting.  Music is the same.  I will often wonder from my seat, during performances of classical music, listening to the notes carefully interacting, how many different languages are spoken between the musicians?  I often come to the same conclusion; that it must be many, but that it also doesn’t matter.  They’re sharing their music and allowing that to be the vehicle to a greater joy and understanding of one another.  Whenever we can do that, it enriches lives and makes the world a better place to live.

Who are some strong women who have inspired you?

CH:  I have a few people in mind, of course, particularly because the sport that has changed my life was carved out for women by some incredible ladies and men…so my list of inspirational females is a long one!  But if I had to choose, the woman who, in one fell swoop, really placed what I was learning about social consciousness and gave me great perspective, is Billie Jean King.  A heroine for so many head-spinning reasons, she taught me that striving for equality doesn’t have to be adversarial in nature.  It isn’t about me versus you, or him versus her.  She spoke about her Women’s Sports Foundation at a fundraiser; an event I’ve had the honor to attend many times, and said her greatest desire was to have no more purpose for the foundation.  That we would all, as a society, give each individual the chance to do amazing things and that foundations, such as the one she started and dedicated much of her life to, would be superfluous.  I was a teenager at the time I listened to her that day, and she would continue to inspire me through the years.  She’s an icon for generations of women globally and I can honestly say one of the dearest, kindest, and most driven people I’ve ever had the honor to meet.  My mom is pretty cool too.

unCLASSIFIED would like to thank our Olympians, Cheryl Haworth and Kara Lynn Joyce, and our musicians, Amy Porter and Carol Jantsch, for helping with this month’s feature on strong women.  We are sad to see Women’s History Month come to a close as there are certainly many more women worth recognizing.  We hope we have started a dialogue about strength, perseverance, classical music, and the arts that will continue to be explored well past the month of March!  In the meantime, stay tuned and watch this space for more exciting things to come from unCLASSIFIED! 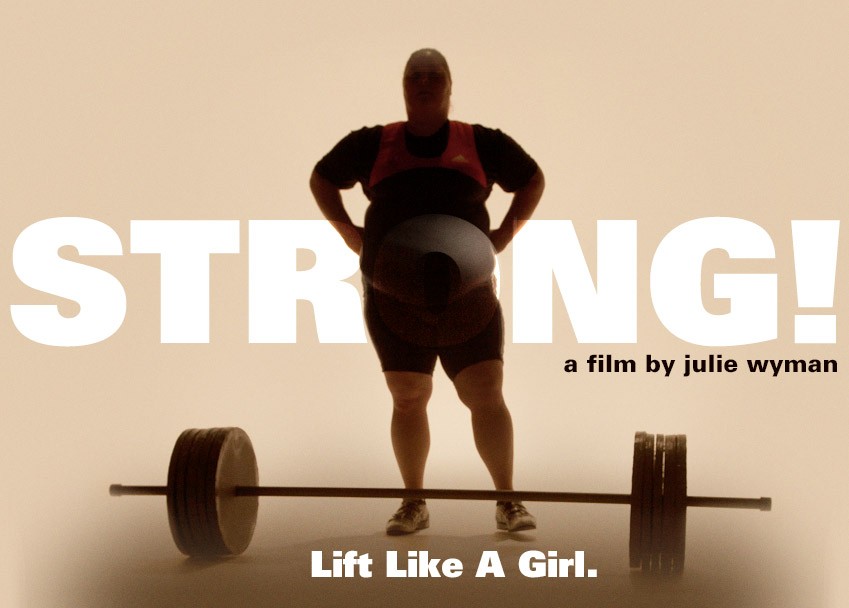