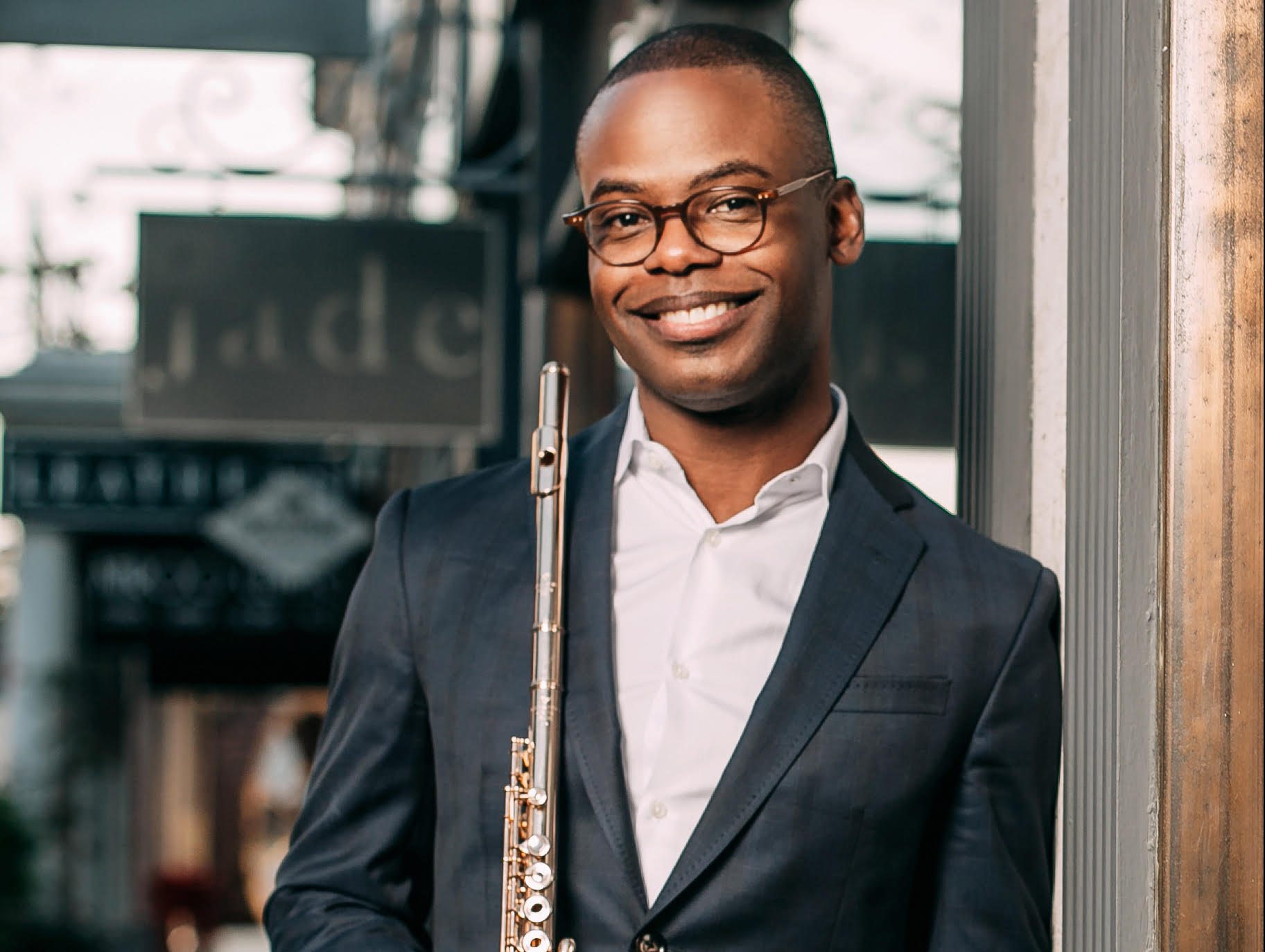 Additionally, Demarre is the co-founder of The Art of Élan and, along with his brother, clarinetist Anthony McGill, and pianist Michael McHale, founded the McGill/McHale Trio in 2014. Their first CD, “Portraits,” released on Cedille Records in August 2017, has received rave reviews.

A native of Chicago, Demarre McGill began studying the flute at age 7 and attended the Merit School of Music. In the years that followed, until he left Chicago, he studied with Susan Levitin. He received his Bachelor’s degree from Curtis Institute of Music and a Master’s degree at The Juilliard School.

What inspired you to record Michael Abels’ work Winged Creatures?

During the early stages of planning the repertoire for this album, we reached out to Michael Abels to see if he was interested in composing a work for us. As soon as he expressed his interest in doing so, we were thrilled to record this wonderful piece. It was definitely a feeling of coming full circle, since many years ago, my brother Anthony and I were fortunate enough to premiere another work by Michael Abels for flute, clarinet, and orchestra. (Check out our interview with Michael Abels here!)

What was the most significant thing you learned as a member of the Chicago Youth Symphony Orchestra?

I learned so much during my time with the Chicago Youth Symphony Orchestra. From my first experience traveling to Europe with the orchestra playing some of the great orchestral literature, I at once fell in love with the idea of traveling and sharing music across the world, and with playing in an orchestra. The level of the orchestra was so incredibly high that if you pair that with a love of playing, and have enough drive to consistently work hard, it was very easy to grow as a musician. 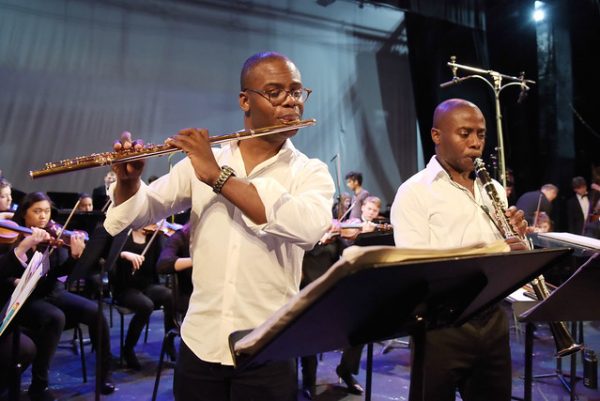 Describe how it has been recording with your brother for this album.

Knowing that my brother Anthony is always giving his all to create the best musical product, and I am doing the same, makes the experience an inspiring one.(Check out our interview with Anthony McGill here!)

Which work on the album do you enjoy performing most?

It is really impossible for me to name a favorite work on the album because I have a personal connection to all four pieces. The two new works were written for me, Anthony, and the Chicago Youth Symphony, so they will always have a special place in my heart. The Danzi Sinfonia Concertante is a work that Anthony and I have played numerous times over the years, and is a wonderful piece to showcase the operatic voices of both instruments as well as providing many moments for two brothers to engage in obvious musical dialogue. Saint Saens’ Tarantelle has been in our repertoire since we were teenagers, and we even had the opportunity to play it on the Mr. Rogers’ Neighborhood show!

What are you listening to right now?

After glancing at my phone right now, I see that the last three albums I listened to were Lizzo’s “Cuz I Love You,” Khalid’s “Free Spirit,” and of course my newly released album “Winged Creatures.”

Thank you, Demarre, for taking the time to talk about this project with Michael Abels and Chicago Youth Symphony Orchestra! It was great to learn more about this performance and your involvement with the organization.