Welcome to Nashville:  the final stop on unCLASSIFIED‘s summer road trip!  Any city known as Music City, USA was bound to catch our attention, not to mention the fact that the city is experiencing a crazy amount of growth.  They say 100 people a day are moving here, and it’s not difficult to see why.  As Tennessee’s state capitol, Nashville is the reputed country music capitol of the world.  That probably has something to do with the fact that it is home to the famous Grand Ole Opry, Ryman Auditorium (the Mother Church aka original home of the Grand Ole Opry), Country Music Hall of Fame, Music Row, and Broadway’s honky-tonks.

Fewer people might realize that Nashville also has quite the classical music scene.  The Nashville Symphony, Nashville Opera, ALIAS Chamber Ensemble, Portara Ensemble, among others, all make their home here.  The massive recording industry facilitates a plethora of tv, film, commercial, and video game soundtracks, many recorded by classically trained musicians.  These musicians also appear on the numerous country and pop albums recorded here.  Hiding just south of Nashville in the city of Franklin is Naxos of America; the leading classical music distributor in North America, and part of the largest independent classical label in the world.  Did we mention it also happens to be unCLASSIFIED‘s official headquarters?

Keep reading to learn more about our city! 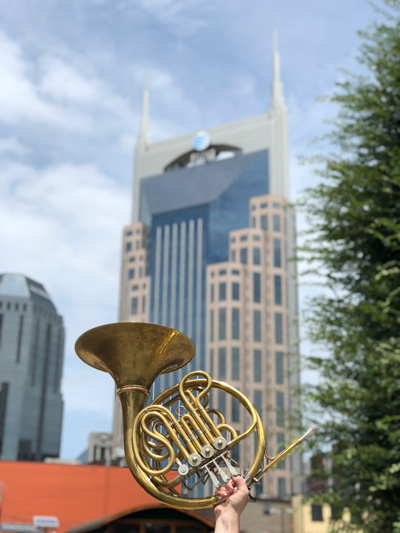 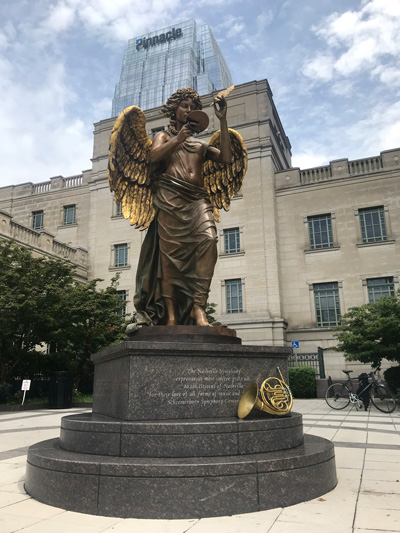 Here are 25 things unCLASSIFIED wants you to know about Nashville:

1.  You have to try the hot chicken at Hattie B’s!  A side of pimento mac n’ cheese is also necessary.

3.  Go see a concert (any concert) at the Ryman Auditorium.  And take the tour, you won’t regret it!  Get there when doors open at 6 pm to snag an original Hatch Show Print from that night’s show!

4.  Speaking of which, the Hatch Show Print Factory (located inside the Country Music Hall of Fame) is neat.  Take the tour!

5.  Nashville has become the de facto bachelor and bachelorette party capitol of the world (unfortunately).  Unless you like people watching.

6.  You stand a good chance of running into Keith Urban, Nicole Kidman, or Miley Cyrus (to name a few) at Whole Foods.

7.  Frothy Monkey is one of the best places in Nashville for coffee!  Good food and cool vibes.  Nashville has a strong coffee culture, so there are many contenders vying for this title.

8.  The Nashville Symphony has won a total of 13 GRAMMY® Awards, many of which are on the Naxos label!

10.  Several scenes from CMT’s Nashville were filmed at the Schermerhorn.

11.  The 5 Spot, The Basement, The Basement East, 3rd and Lindsley, Mercy Lounge, and the famous Bluebird Cafe (heavily featured in CMT’s Nashville) are all great places for live music, which happens every night of the week in Nashville!

12.  The unCLASSIFIED team likes to eat tacos at Mojo’s at the Factory in Franklin.

13.  There is nothing quite like sunset at the Ascend Amphitheater on the Cumberland River while taking in a live show.

14.  If you are going to go honky-tonking, pack your patience and head to Layla’s, one of the only bars on Broadway that plays REAL country music.

15.  The city of Nashville prohibits its famous Nashville Pedal Taverns from operating from 4-6 pm Monday-Friday.  Otherwise expect to see them out on the roads all day every day downtown.

17.  Nashville is a great home base for day and weekend travel.  Memphis, the Kentucky Bourbon Trail, and even Atlanta aren’t very far away.

19.  The Loveless Cafe is great, and you get unlimited biscuits!

21.  You can often find members of the Nashville Opera performing at local breweries around town.  Opera + beer?  Why not?!

22.  Nashville and its surrounding areas are a Civil War buff’s dream come true.

23.  The George Jones Museum has the best view of the Cumberland River.

24.  Nashville has the largest July 4 fireworks show in the United States.

Even though our summer road trip has officially concluded, we will be celebrating Classical Music Month and all things Nashville all month long!  Thanks for tagging along!

Check out Naxos’ feature on Jennifer Higdon and her GRAMMY® winning recording All Things Majestic with the Nashville Symphony!